Sundance – Biden’s Response to a Question About Giving $450,000 to Illegal Aliens in DOJ Settlement Case SHOULD ALARM EVERYONE

04 Nov Sundance – Biden’s Response to a Question About Giving $450,000 to Illegal Aliens in DOJ Settlement Case SHOULD ALARM EVERYONE

Posted at 05:42h in A C W T Statements by ericgeorgatos

Joe Biden’s senility is not funny.  But the reality that ‘President Joe Biden’ is a facade is far worse than ‘not funny’.  It is terrifying to realize, day after day, that the American people have no idea who is actually running their government.  The reality that an unelected, invisible cabal is executing on a ‘destroy America’ agenda right in the faces of the American people is simply unfathomable.  Yet that’s where America is one year after November 3, 2020.

This is unsustainable.   The lies and liars will not be able to hold it together; too many Americans are awake.  Truth still matters, and will have the final say.  Just watch.

Biden’s Response to a Question About Giving $450,000 to Illegal Aliens in DOJ Settlement Case SHOULD ALARM EVERYONE

During a press conference this afternoon, to promote vaccines for children 5 to 11 years-old, Fox News journalist Peter Ducey asked Joe Biden about the DOJ settlement agreement with ACLU and immigration lawyers to pay illegal aliens $450,000 per person as compensation for their pain and suffering. {Go Deep}

You need to watch Joe Biden’s response carefully, because what he said should alarm everyone.

Within the response which includes “that’s not going to happen“, it is clear that Joe Biden has absolutely NO IDEA what the journalist was talking about.  From the position of Joe Biden, the Fox reporter was speaking ‘fake news’.   WATCH:

The headline from this response should not be Joe Biden saying “that’s not going to happen“; the screaming alarm bell headline should be: President Biden Has No Idea DOJ, DHS and HHS Entered Settlement with Immigration Lawyers to Pay $450,000 Per Person.

This showcases a puppet president who has no idea what is going on around him.  This isn’t an issue of not knowing something that was in a congressional bill, or not knowing details of a Dept of Labor ruling.  This is the Joe Biden Executive Branch operating unilaterally without involving Joe Biden.

The President of the United States doesn’t know about what is going on in his own administration, because the office of the presidency is an irrelevant agency to the people who are operating behind the curtain.  THAT is what Joe Biden’s response highlighted. 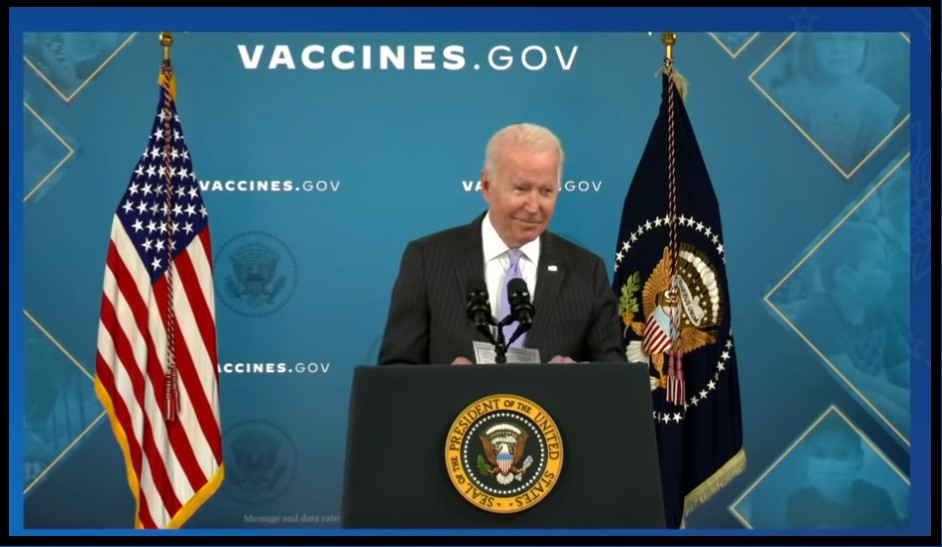