The Ukraine Narrative isn’t Adding Up

Posted at 16:05h in A C W T Statements by ericgeorgatos

Yesterday we reposted a Telegram plainspeak version of Sundance’s more complete post today (see below).  The main difference:  Sundance has added/flagged the growing awareness of something truly rotten in the covid vaccination program.

The bad news is the propaganda from the global media and intelligence apparatus is astronomical surrounding the Ukraine narrative.  The good news is that most Americans can sense the background manipulation, even if they cannot quite put a finger on it.

You can see the general sense of distrust across the broad spectrum of discussions online and in almost all social media platforms.  The majority of people sense something just doesn’t add up. While the people who follow political events closely are the ones who can see the more specific details of the manipulation.   Those who were paying closest attention, in the 2014 Ukraine story line, are the ones who see the same methods deployed.

To get a sense of where the close political following group are, I asked the question last night.  The results are not surprising to the high-info crowd, but the responses have stunned the moderate observers:

The roughly 3:1 ratio is remaining consistent [updated results here].  What this shows us is the diminished power of the Mainstream Media, despite almost every outlet parroting the exact same talking points.   The drumbeat of U.S. and global media propaganda is falling upon increasingly deaf ears.

Perhaps this outcome should not be surprising, given the nature of the institutional deployment of the same Ukranian propaganda playbook by western government and media, and yet it is.  The psychological bombardment by every aligned public-private corporate, multinational and government entity, is extreme.  Yet people can see through it.  That says something very positive about the current outlook of people toward government.

Unfortunately, amid the echo chamber that is globalist government, and amid the detachment of national politicians to the perspectives of the citizens they claim to represent, the disconnect between the people and the ruling self-described ‘elites’ is a recipe for either massive change or a more overt totalitarian effort by government officials who will never concede to the will of the majority.  That is our current status.

Our situation is rapidly building toward a zero-sum conflict.

As aligned governments and corporations become more oppressive, more controlling and more authoritarian in their approach, there are fewer and fewer opportunities for them to change direction.  This creates a self-fulling prophecy of conflict between government and people.   History is filled with these examples, and historically it does not end well for the governing minority.

♦ To understand our current position, we should reference the adverse vaccination impacts that are now surfacing as a result of inquiry, research and time.

As more and more independent investigative resources are used to dig deep into the vaccination outcomes, there is a very real possibility – now tending toward probability – that hundreds of thousands of people have been killed or forever harmed physically by the vaccination program.

With the scale of coercion and forced mandates from the global government vaccination effort very much in the forefront of people’s minds, an admission of death, harm or serious injury would collapse their institutions almost immediately.  At least that is the preeminent opinion within the institutions as evidenced by their vitriol toward anyone who would dare raise the question.

♦ If we take that government overlay and now apply it to the current Ukraine sentiment, we can get a sense for what their threat assessments must now consist of.  The risk of the public discovering that everything about the Ukraine narrative is fraudulent is a risk that creates fear.  The need for control is a reaction to fear.

We are seeing that extreme control effort again right now.  We see it as the media and big tech systems inform the public that any information running counter to the official government position on Ukraine or Russia will be removed and banished from worldwide technology platforms like Google, Facebook, Instagram, Twitter and YouTube.

All content, including comments on platforms, that challenges the officially sanctioned NATO or global government position on Russia and Ukraine, is considered adverse to the interests of the western global governing authorities.  It is not coincidental the same methods of information control were deployed identically in the previous COVID-19/vaccination narrative.

Yet, despite all of their effort, despite the sheer magnitude of all of it, the majority of people still know something isn’t right.

We are living in an era where the global system is trying desperately to get people to believe in something, and they are deploying every tool in their arsenal to convince and demand compliance.  Yet, the innate nature of the majority knows something just doesn’t feel right about it.

We live in remarkable times. 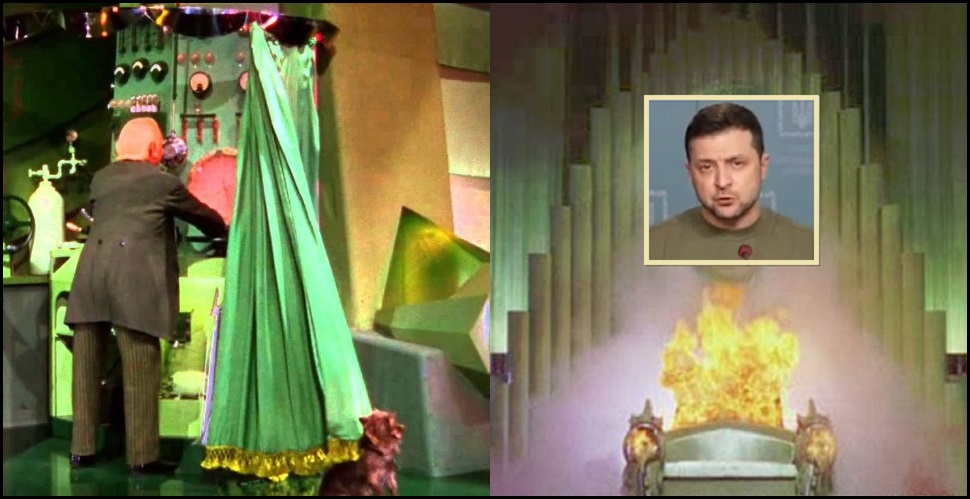 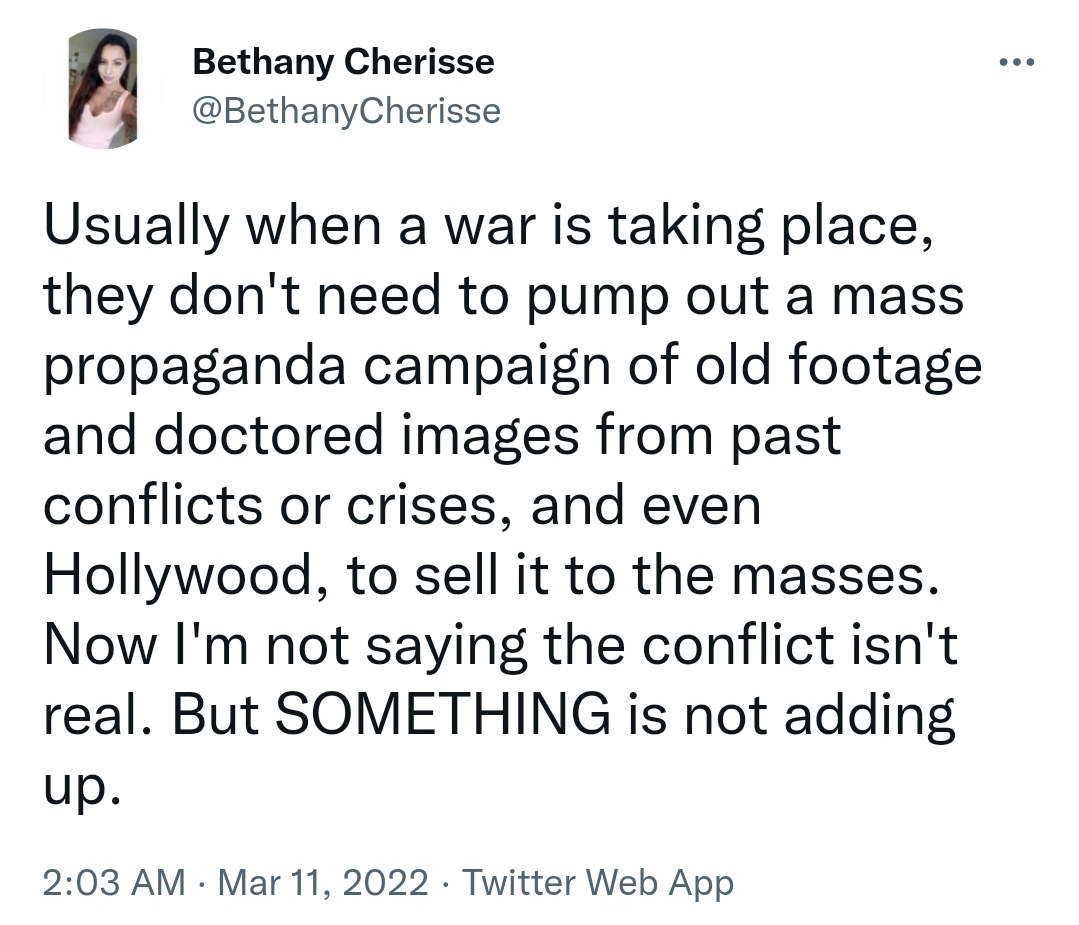 Live your best life my friends.

Do not distress yourself with dark imaginings, yet do not doubt your ability to sense when things just are not right.

God gave us instincts. Tune them, do not suppress them… 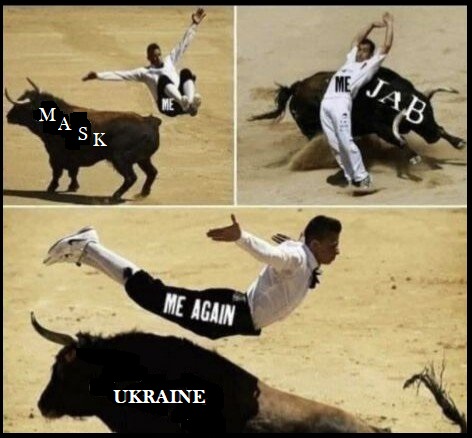